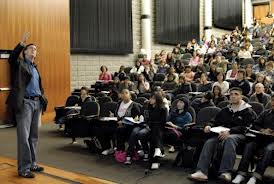 Wikipedia has as one of its defining characteristics, its openness. Anyone can edit it. Anyone can reverse someone else’s edits. And that process has led to the encyclopaedic resource we have today.

How Wikipedia works is still a bit of a mystery. But what appears to be the case is that a core group of volunteers have taken a disproportionately large interest in protecting the integrity of the site. I found that out with a little experiment a few years back. Basically, the volunteers protect entries from vandalism. They also ensure that certain rules are adhered to in Wikipedia such as the prohibition on original work and proper citations.

But there is a long-term issue as to how to ensure that openness leads to a diversity of contributions. Put simply, contributors to Wikipedia are hard to find and there is still plenty of work to be done.

For the past two years in my course I have required students to make one edit to a Wikipedia entry. They have done so and done a good job. The only mischief was the inevitable vandalism of my own entry. But it turned out that I was protected by a small scale. Only 40 students each year. What happens when you ask a class of 1900 to do the same?

That is what happened to my University of Toronto colleague, psychologist, Steve Joordens.

Steve Joordens urged the 1,900 students in his introductory psychology class to start adding content to relevant Wikipedia pages. The assignment was voluntary, and Joordens hoped the process would both enhance Wikipedia’s body of work on psychology while teaching students about the scientist’s responsibility to share knowledge.

So far so good. This seems like a nobel effort to engage students. As it turns out, not everyone agreed:

But Joordens’s plan backfired when the relatively small contingent of volunteer editors that curate the website’s content began sounding alarm bells. They raised concerns about the sheer number of contributions pouring in from people who were not necessarily well-versed in the topic or adept at citing their research.

Discussions in the Wikipedia community became very heated with allegations that articles were being updated with erroneous or plagiarized information. Some community members called for widespread bans on university IP addresses and decried the professor’s assignment as a needless burden on the community.

Joordens issued a statement defending his students, saying only 33 of the 910 articles edited were tagged for potential problems.

As it turned out, Joordens had not understood that there was a core group who ‘guarded’ Wikipedia. There was much friction that followed.

In reading this account, it is hard to be anything but disappointed with the reaction of those who are dedicated to protecting Wikipedia. To be sure, it may have been overwhelming. But it was overwhelming in a good way: people were become engaged and the pool of contributors was expanding. Moreover, the appropriate response would have been to take the educational challenge seriously and reverted edits with politeness; the sort of politeness I encountered a few years ago and that I appreciated. This was, as they say, a “teachable moment.”

Instead, the reputation of Wikipedia has been tarnished. A group of students who were themselves volunteering have been discouraged and now that story is spreading.

Of course, I have to wonder whether the bad outcome will be students becoming cynical and retreating from contributing. A better outcome may be that they organise themselves to continue to contribute in large numbers and to force the issue of who owns Wikipedia. For, at the moment, it appears to be owned — a commons becoming fenced in — and that somehow seems like the wrong direction to be heading.

View all posts by Joshua Gans